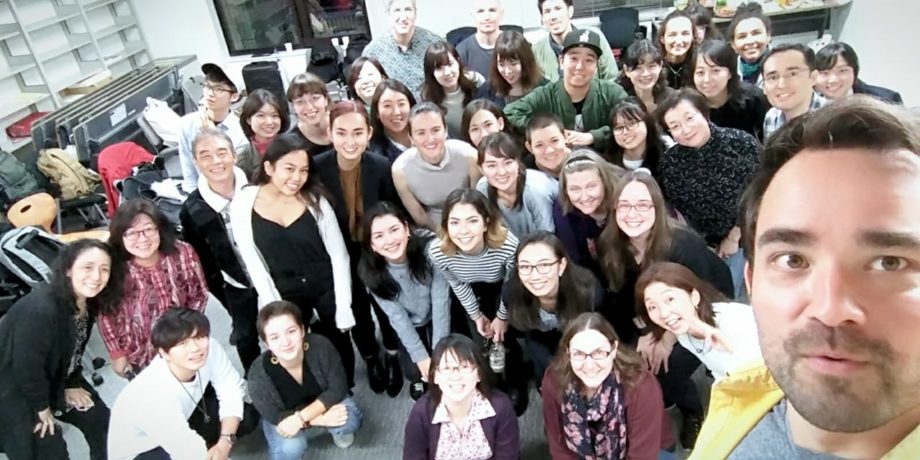 On October 15th, 2017, Tetsuro Miyazaki held a presentation and workshop on his Hāfu2Hāfu Project in partnership with SIETAR Japan (The Society for Intercultural Education Training and Research). In attendance were roughly 40 people from all walks of life. Japanese folks with international backgrounds, parents of multi-cultural/ethnic children, a zainichi (Japan-born Korean) man, nissei, sansei Japanese and of course, many hāfus like myself.

Miyazaki started the presentation with his own story and where he found inspiration for the project. I found myself and most others in the audience nodding, chuckling, and some grunting. None of us grew up in Belgium like Miyazaki, yet somehow, his experience as a hāfu was relatable and universal to all in attendance.

The Hāfu2Hāfu Project is not only about telling the stories of hāfus from every country in the world – it’s a compelling and thought-provoking project to connect and strengthen the bond and identities of hāfus around the world as well as sharing the experience with everyone around them. The core of the project is to have every interviewed hāfu ask one question – one question only – to Miyazaki and other hāfus.

So naturally, the workshop delved into these questions first by having everyone participate in a game of Yes/No Line – a simple game in which a question is asked, and participants either agree, disagree, or stand somewhere in between to answer the question or statement. With such a diverse group of us, the results were varied and sometimes surprising. Questions included “Do you like the term hāfu?” and “Have you ever wished you looked less or more Japanese?” among many other ones that were lighter, heavier, or sometimes too multidimensional to answer right away.

In the second part of the workshop, each of us paired up with someone we’ve never met before to create dialogue around additional challenging questions relating to identity and society. No matter how similar or different participants were, all pairs found that they had similar views or experiences in some ways, and completely different perspectives on other aspects.

At the end of the workshop, the whole group came back together and we each posted our own question up on the wall. These questions confronted white privilege in the context of being hāfu and differentiating views among hāfu siblings, to a simple “What can I do for you?” a deeply empathetic way to reach out and connect with a diverse, international community.

Miyazaki mostly supervised the workshop, but he did answer some questions too. One question that struck a deep chord with me was: “When did you finally accept who you are?” Miyazaki’s answer to this was, “I found peace when I accepted that I’ll never be ‘100% Japanese’ and there’s nothing I can do to be ‘more Japanese’.” His answer stunned and left the room in a moment of silence because it resonated with everyone – whether they were hāfu, multicultural, or not. It’s a universal experience to feel like one doesn’t belong, and it often takes courage to accept oneself, especially when one doesn’t fit the mold that society has created for him or her. In a relatively homogenous country as Japan, being anything other than fully Japanese confuses one’s sense of belonging, national loyalty, and identity. For this reason, Miyazaki’s answer was very honest and inspirational to the younger generations in the audience.

For me personally, I have always struggled with the feeling of alienation or exoticism from being a Japanese and American mix. Living in Japan where I speak the language, know the culture, and live close to family, others still view me as something different than Japanese. When I say that I am Japanese, it often feels like I’m cheating the system because I know many of my traits can be more western than Japanese. So Miyazaki’s answer to my own burning dilemma and question was a big step towards my own understanding and healing of self.

For the first time in my life, I felt that I was in a room with people who sincerely understood and shared similar experiences as me. I was getting butterflies and chills. I’ve never liked the term “half,” or “hāfu,” and I have fought to fit in from time to time, but through the community I met, I’ve come to accept who I am more than before (it’s still a journey) and it’s okay to be misunderstood sometimes.

The Hāfu2Hāfu Project has connected hāfus and surrounding communities around the world with each other. This workshop, held at the originating core nation of the identity, was one grand way to celebrate the commonalities as well as the diversity of this unique community. There are many hāfus around the world who are still struggling to find their place in the world – many of whom are in Japan. Miyazaki is creating a powerful message through his project, and I’m confident that it will keep inspiring, give courage and pride, and bring peace to many others around the world, just as it did for me. 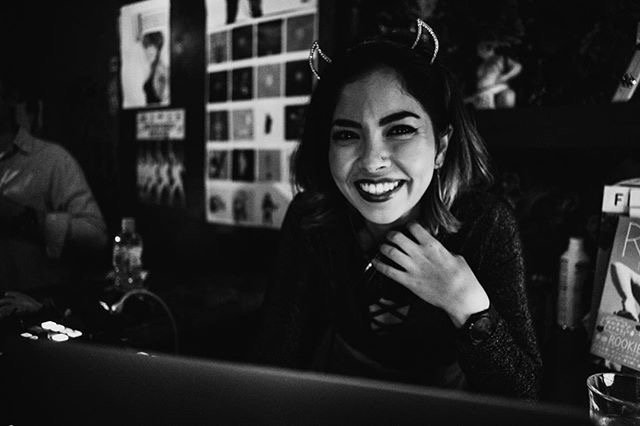 Nina Cataldo is a Japan-born American hāfu. She has spent her childhood years and summers in Japan, and her teenage and college years in the U.S. As a young professional, Nina is now back in Japan working as a bilingual writer. Her passion is to travel around little-known parts of Japan to connect with the local people and culture, and to share her adventures and experiences internationally through her writing.  Follow Nina on Instagram.